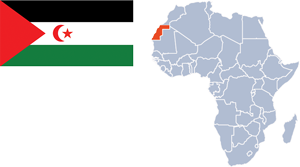 As part of a portfolio review Tower Resources sold its interests in the Guelta, Imlili and Bojador blocks in the Saharawi Arab Democratic Republic (SADR) in January 2017 to Red Rio Petroleum Ltd in exchange for an over-riding royalty interest (ORRI) ranging from 5% – 10%; depending on the licence. The licences continue to be Operated by Hague and London Oil plc (“HALO”, 50%). 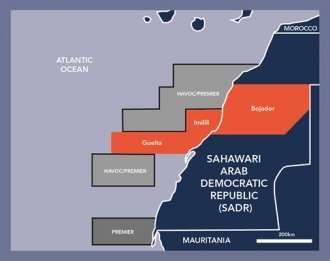 The SADR is the democratically elected government of the territory known as Western Sahara, which lies to the south of Morocco and is recognised by the United Nations as a non-self-governing territory. The sovereignty of the territory remains in dispute, and until this is resolved there is little that can be done to advance exploration of these blocks. If the sovereignty of the territory is resolved in due course, then these will be attractive and prospective blocks and via the ORRI Tower has retained a potential valuable, long-term interest in the event of a commercial oil or gas discovery.

In December 2014 Kosmos Energy (“Kosmos” 55%) and partners (ONHYM 25%, Cairn Energy 20%) drilled the CB-1 exploration well in the Morocco awarded offshore Cap Boujdour block in the Aaiun Basin. The well encountered 14 metres of net gas and condensate pay in clastic reservoirs over a gross hydrocarbon bearing interval of approximately 500 metres. The discovery was non-commercial and the well was plugged and abandoned, but it is nevertheless encouraging. The significance of this well result, located some 50 kms North of the Guelta Block and some 60 km west of the Imlili block, is that a working petroleum system has been established thus significantly de-risking plays along this part of the Atlantic margin.